Do we have to sell our house if we are getting divorced?

When people work together through mediation, they can focus on meeting the interests and needs of their family, rather than “settling” their property. This opens up all kinds of creative possibilities including what to do with their home.

Many couples hope to keep their home. For some, it is important to keep their children in the same home and neighborhood, at least during the transition of the divorce. Others have put a great deal of work and effort into their home and one or the other would really like to keep it and live there. Still others are concerned about the financial investment and determining the best timing for a sale.

Some couples sell their home. Others decide that one person will “buy-out” the other person’s equity in the property. Still others continue to own the home jointly for a period of time. Each option has positive and negative consequences and numerous decisions that must be made about how it will take place. A mediator can facilitate a conversation the helps couples stay open to possibilities while exploring options and thinking through decisions. Contact a mediator today at 585-244-2444 or info@mediationctr.com.

In The Best Interest of the Children – “How Divorced Parents Lost Their Rights” by Robert E. Emery

Married parents cannot sue each other. Divorced parents, or those who never

married, can and do. Judges routinely decide where the children of divorced parents will attend school, worship and receive medical care; judges may even decide whether they play soccer or take piano lessons.

Judges do this because the law assumes that divorced parents’ interests in their children, unlike the interests of married parents, are not aligned. This is an outdated idea. The view of exes as opponents dates from an era when divorce and childbearing outside of marriage were rare. It is reflected in the legal language of a bygone time. One parent won custody, care and control of the children. The other became a visitor.

Today, close to half of first marriages end in divorce. About 40 percent of children are born outside of marriage. Custody is routinely shared by parents living apart. Many states have dropped the term “custody” altogether for more family-friendly terms. You no longer win or lose custody. You develop a parenting plan.

Psychologists and decades of research support this shift. Cooperative parenting benefits children, whether parents live together or apart. Just ask any kid whose divorced parents are at war, “What are three wishes for your family?” You can bet that one will be a version of “I wish my parents would stop putting me in the middle.”

Surprisingly, even when unmarried parents agree on a plan, judges can overrule it. For example, a judge may not like a complex joint custody schedule. If so, she can decide when the separated parents spend time with their children, even though they agreed otherwise.

This makes no sense. We may need judges to decide some divorce disputes. But when it comes to parenting, as much as possible, the law should treat unmarried people more like married people. Instead of telling parents how to bring up their children, we should honor — and encourage — agreements between parents.

We can do this with a very simple change in the law. When judges make decisions, they are guided by the “best interests of the child” — a list of factors like the parents’ mental health and the child’s wishes. States should add parental agreement to the list, and make it the primary consideration. This would mean that, at least when they agree, unmarried parents, not judges, make decisions about their children.

This change could help us move away from litigation and toward alternative kinds of dispute resolution.

In a 2001 randomized study of child custody conflicts, I compared litigation and mediation, and found that six hours of mediation caused huge improvements in family relationships a full 12 years later. Other cooperative methods include collaborative law (where lawyers negotiate cooperatively) and parenting coordination (an informal mediation-arbitration procedure). We must make these our primary methods, not alternatives.

By honoring parental agreements, our laws would allow parents living apart to make enforceable contracts. Parents could make a deal, for example, that a parenting coordinator could make decisions for them in the future if they fail to agree. Currently, the legal status of such agreements is questionable, because judges, not divorced parents, hold decision-making authority over children. In an extreme move, Pennsylvania recently outlawed this practice, ruling that only judges could make decisions in custody cases.

Allowing parents to make contracts would help solve another thorny problem: sharing care of very young children. Experts are debating how much time babies should spend with just one parent versus with both parents. Many believe that babies need to form a secure attachment to one parent (most often the mother) and that too much separation will undermine a baby’s sense of security. Others worry that too little contact will weaken the second parent’s attachment, potentially leading him to drop out of his child’s life.

A logical solution is for parents to make a plan that will grow and change along with their child. A baby might stay mostly with one parent, and time with the other parent could increase during the toddler and preschool years. Perhaps the parents would share 50-50 custody when their baby is of school age.

Sadly, this common-sense approach is undermined by laws that do not honor such agreements, and push parents to fight instead. Lawyers wisely tell breast-feeding mothers to fight for full custody. Judges are likely to be sympathetic to a nursing mother. Yet lawyers also wisely tell the fathers of babies to fight for their custody share. The father’s case will be weakened if he waits until his baby is older, because he will have a record of relative uninvolvement. If you’re in need of legal representation in divorce proceedings, you can see divorce lawyers here who may be able to be of service to you.

Our legal system has always seen the wisdom of encouraging married parents to work together. Now it needs to recognize that divorced and never-married parents are not so different. After all, partners with children are tied together forever. My first wife and I separated in 1989. On May 1 of this year, we sat together in a maternity ward waiting room, sharing the anxiety and joy of the birth of our first grandchild. We struggled at times. But we always struggled to work together as parents.

Your emotional impulse in divorce is to hurt back, because you hurt so badly. Our legal system should work against that impulse, not encourage it. That, truly, is in the best interest of the child.

Robert E. Emery is a professor of psychology and the director of the Center for Children, Families, and the Law at the University of Virginia, and the author of the forthcoming book “Two Parents, One Childhood: A Parenting Plan to Last a Lifetime.”

Conference takeaways for our clients

Recently, Barbara Kimbrough and Julie Mersereau from the Mediation Center co-chaired the Upstate conference for the New York State Council on Divorce Mediation in Canandaigua, NY. The presenters brought information and insights about many different aspects of divorce mediation and litigation. The following information from the speakers is particularly valuable for our clients, or anyone considering mediating their divorce: 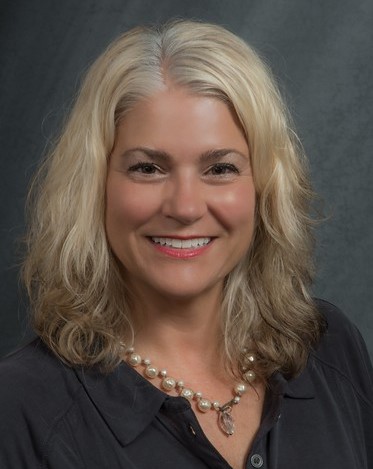